During his campaign, President Trump repeatedly promised not to cut Social Security, Medicare, or Medicaid, which serve tens of millions of seniors, children, families and people with disabilities. But the President has broken his promise to protect those programs and has proposed cutting or eliminating other critical supports American’s in need, the budget document provides unnerving insight into the administration’s priorities. Overall, the budget would reduce spending on means-tested anti-poverty programs by $272 billion over the next 10 years.

Via Vox -The cuts include:

ACTIVATE: What can YOU do to stop the Trump Budget Cuts?

It is important to know that Congress funds the government. Also know that it is because of this, that we need to advocate against this budget to our Senators and Representatives. But even before you begin advocating you should take a few minutes to learn the policy basics on the federal budget process. Check out this awesome overview from the Center on Budget and Policy Priorities. 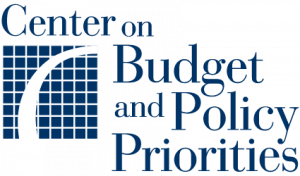 Now that you have a better understanding on the process, it is key that we keep our focus on Congress!

KEY MESSAGES FOR YOUR MEMBERS OF CONGRESS

The Indivisibility Guide has some powerful  key messages that your MoC’s (Members of Congress) need to be hearing from you now:

Finally, it will take all of us working together to stop these cuts! Share what you are doing with your networks and ask them what they are doing. Only as one can we continue to help our most vulnerable American’s.