Low-Income is defined as a family income below 200% of poverty. In 2015, the poverty threshold was $24,250 for a family of four. A quarter of those receiving food stamps live in households where at least one person works 30 or more hours a week, according to the University of California Berkeley Center for Labor Research and Education Research. 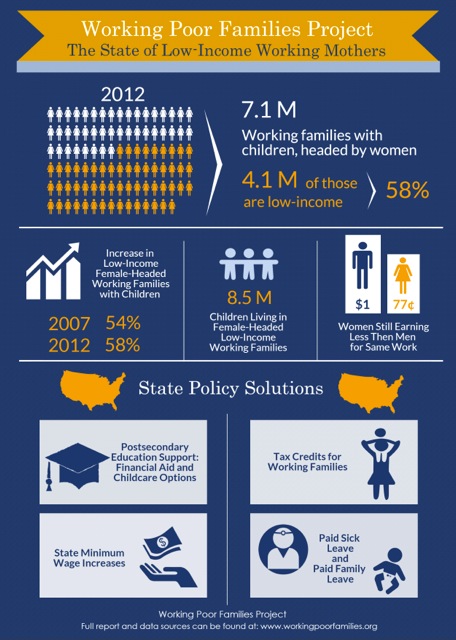 Parents need financial resources as well as human and social capital (basic life skills, education, social networks) to provide the experiences, resources, and services that are essential for children to thrive and to grow. The negative effects of working poor families on children, especially young children, are cause for concern. Research has found low income children, even those that were temporarily low income have associated difficulties later in life — dropping out of school, poor adolescent and adult health, and poor employment outcomes. Stable, nurturing, and enriching environments in the early years help create a sturdy foundation for later school achievement, economic productivity, and responsible citizenship.