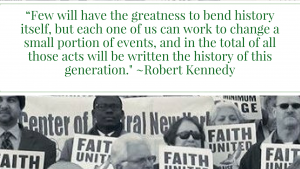 A look back over our 35-year history

’82: Hunger Action Network is formed at “Food, Famine and Federalism” Conference on May 20th.

’90: Hunger Action Network begins the campaign to expand school breakfast program statewide. Releases “Asleep at the Wheel,” a study on how NYS should strengthen its oversight of local welfare offices.

’95: Works on welfare reform at both state and national level. Releases study on the effectiveness of workfare in moving participants into jobs. Organizes Camp Patakiville “homeless city” protest at State Capitol. Organizes first Thanksgiving Fast on welfare and hunger issues.

‘12:  Helps to win a final increase in the basic welfare grant despite opposition by Governor. Works with Northeast Organic Farming Association (NOFA) to organize several upstate meetings to convene an NYS Food Policy Council network of local and county-based groups working on this issue. Continued work on raising the minimum wage. Outreach to protect SNAP. A major priority is to establish a universal school breakfast in the classroom program.

‘13: Hunger Action Network helps to obtain an increase in the State minimum wage to $8.00 an hour with increases over three years. Initiated with others a Mayoral Forum on the Future of Food with over 700 people attending and another 1,300 watching via live stream. Active in the campaign for universal school lunch in NYC. Hunger Action Network as a statewide steering committee member supports the adoption of a labeling requirement for genetically modified foods.  Governor launches Anti-Hunger Task Force.

Want to learn more about the history of the hunger advocacy movement? 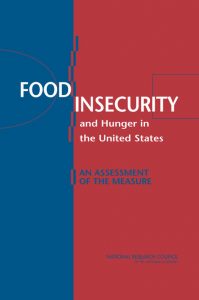