“Those we love don’t go away, they walk beside us every day. Unseen, unheard, but always near, still loved, still missed and very dear” – Unknown 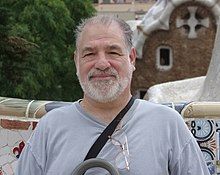 William DiFazio was a professor of sociology at St. John’s University and did research in work and technology, urban sociology, social theory. He was the author of several books and articles on domestic and global poverty, including his latest, Ordinary Poverty: A Little Food and Cold Storage.

DiFazio was involved in community activism for many decades. He participated in many groups and organizations during the American Civil Rights Movement in the 1960s including Students for a Democratic Society (SDS) and The Student Nonviolent Coordinating Committee (SNCC). An active voice in the fight against hunger, he was on the board of directors for the Hunger Action Network of New York State since 2000 and was on the board of directors for the St. John’s Bread and Life Soup Kitchen of Brooklyn from 1994 to 2008.

Along with his academic scholarship and authorship at St. John’s University, DiFazio taught the texts of Karl Marx at the Brecht Forum in New York City. He was a co-producer and co-host of the show City Watch on local radio station WBAI 99.5 FM since March 2000. Along of a core group of intellectuals and local activists, he contributed to the journal Situations, co-founded by Stanley Aronowitz. He is also a contributor and member of the Fifteenth Street Manifesto Group, which has created and circulated a Manifesto for a Left Turn which calls for a radical, political formation. At the time of his death, he was researching and writing his book, Conversations in Diners: Ordinary People and the Crisis in Capitalism. 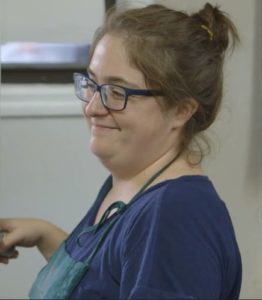 Abigael Burke was a dedicated advocate of client choice. She spread her positive energy and generous spirit through many projects like Long Island City CSA, Hour Childern Food Pantry, The Conference Room, and of course with us at HANNYS.

In this short video from QuAC/Food Justice films, Abigael discusses how the Hour Children Food Pantry is making strides to change the current food landscape in Astoria.

And here you can see her in the Tin Boat Productions short film about Long Island City CSA: https://www.facebook.com/TinBoatProductions/videos/1717889311824282

Rob Schwartz, a long time Hunger Action Network board member, died after a very brief illness in 2016. He leaves behind a legacy to be very proud of. Rob was an activist, a man of faith, devoted father and dancer. Much of his life was dedicated to caring for others and fighting the good fight for social justice with New York City Coalition Against Hunger, Inc./Interfaith Voices Against Hunger, amongst others.

In his honor, HANNYS created the Rob Schwartz Memorial Making a Difference Award to thank other tireless actors in the fight to end hunger and poverty.