Registration is capped at 140, so register now!

End hunger and increase healthy eating and physical activity by 2030, so that fewer Americans experience diet-related diseases like diabetes, obesity, and hypertension.

Millions of Americans are […]

Feedback and Stories for Whitehouse Conference on Hunger, Nutrition, and Health from The Food Pantries for the Capital District

The Food Pantries for the Capital District is honored to provide feedback and stories of people with lived experiences of food insecurity and chronic health conditions to the Biden-Harris Administration to help inform the upcoming September 2022 White House Conference on Hunger, Nutrition, and Health.

Please see attached document. Feel free to reach out with any questions or for more information.

We look forward to working with you towards a hunger free America!

05/05/2022
WTEN 10 in Albany featured a story about the impact of inflation on most vulnerable families in the Capital District. Natasha Pernicka, Executive Director of the Food Pantries for the Capital District and convenor of Community Food Assistance of NYS and Angela Warner, Director of the St Vincent Food Pantry and Board President of Hunger Action of New York State. They share the region wide increase in need and on the ground at a local food pantry. 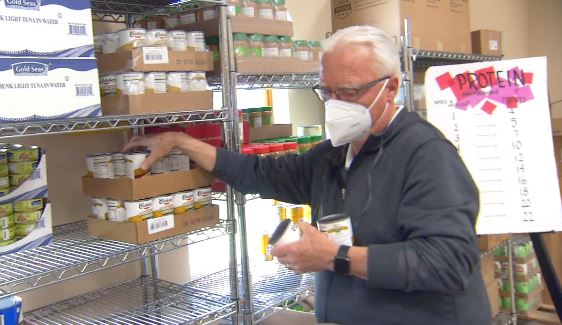 https://www.facebook.com/events/205121468387819
Join the Labor-Religion Coalition of NYS Today, December 7th, to learn from the plight, fight, and insight of Capital Region community members who are engaged in struggles around food and housing insecurity. In recent years, New York has passed transformative legislation to meet the needs of poor and marginalized communities relating to food and housing. At the same time, the COVID-19 pandemic has exposed and exacerbated the extent of these crises and thrown millions into poverty and precarity.

On December 7th we will gather virtually to hear testimony from directly impacted leaders, learn about ways communities are organizing […]

Once a year, we take time to celebrate the movement-building work of Labor Religion Coalition, and honor remarkable leaders from across the state who are making tremendous contributions to the struggle for economic, racial and social justice in New York.

*To join us and purchase a ticket or become a sponsor please visit: bit.ly/MORALFUSION

NEW YORK—Mayor de Blasio today announced a new Pay Equity Cabinet to address race and gender-based pay disparities in New York City. An Executive Order will make the Cabinet a permanent part of City government to ensure that pay equity is a mayoral priority into the future.
“Pay equity is critical to the safety and overall wellbeing of the most marginalized and vulnerable workers in our city,” said Mayor Bill de Blasio. “It can make the difference between […]

The United States Department of Agriculture (USDA) announced that it has updated the Thrifty Food Plan (TFP), which is used to set Supplemental Nutrition Assistance Program (SNAP) benefit levels. USDA recently re-evaluated the TFP, used to set SNAP benefits, which increased the purchasing power of the plan by 21% for the first time since it was introduced in 1975. As a result, the average SNAP benefit – excluding additional funds provided as part of pandemic relief – will increase by $36.24 per person, per month, or $1.19 per day, for Fiscal Year 2022 beginning on October 1st, 2021.

Healthy School Recipe Resources https://healthyschoolrecipes.com/
Browse and access over 1000 free recipes for school nutrition programs. In addition to recipes, there are a number of training resources, chef blogs, videos and a newsletter archive available for use.

Produce Knife Skill Guides https://healthyschoolrecipes.com/culinary_skills/
Download free Culinary Skills at a Glance Guides that showcase knife skills for various produce items. Great to print and post in the kitchen or for use as training materials!

Even if the food industry doesn’t adopt the agency’s recommendations, you can help reduce your risk for heart disease by learning to become a sodium sleuth.
In an effort to curb Americans’ sodium intake, the U.S. Food and Drug Administration (FDA) this week called on chain restaurants and food manufacturers to voluntarily slash the salt content in their products. The goal: to reduce Americans’ typical daily sodium intake from 3,400 milligrams (mg) to 3,000 mg, a roughly 12 […]

Beyond Food Drives -the future of emergency food aid

All are invited to join us on Zoom for a thought-provoking conversation about the future of emergency food aid in the Capital District and beyond. This event, co-sponsored by Westminster and the New York State Council of Churches, is the “soft launch” of what will become a monthly forum on faith and public life. Please help us spread the word!

We have seen a sharp increase in “drive-thru” food pantries and emergency food collections during the past year. This way of receiving food has been helpful for people who are not comfortable going to […]

05/07/2021
Did you know that SNAP benefits don’t cover the cost of personal care, personal hygiene, or feminine hygiene items? The Care Necessities is a campaign to increase access to personal care and hygiene products for low-income New Yorkers and we need your help! Our friends at Bank of America have committed $25,000 in funding and are challenging the community to raise an additional $25,000 throughout the month of May to double the impact. You can make a monetary donation, donate hygiene items, or host a hygiene drive! Learn more here: https://regionalfoodbank.net/thecarenecessities/